Coco walk Has Been Sold (article By Real Deal) 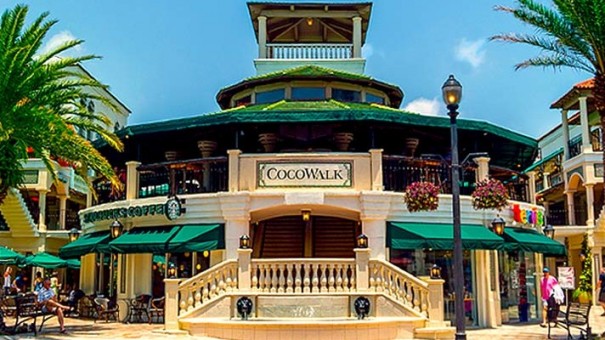 CocoWalk changed hands on Monday in a deal valued at $87.5 million, amid plans to redevelop the center with a new tenant mix.

Federal Realty Investment Trust, based in Rockville, Maryland, purchased an 80 percent interest in the 198,000-square-foot outdoor shopping center in Coconut Grove, along with local partners Grass River Property and The Comras Company, the firms announced.

The new owners emphasized their plans to revamp CocoWalk in the heart of Miami’s Coconut Grove. “We see significant opportunity to transform and remerchandise a property at the center of Miami’s most authentic district,” said Jim Taylor, executive vice president, CFO and treasurer of Federal Realty Investment Trust, in a statement.

Built in 1990, the three-acre property at 3015 Grand Avenue in Miami was owned by New Orleans-based REIT PMAT Companies, according to Miami-Dade property records.

“Local, regional and national retailers and restaurateurs are increasingly seeking walkable environments where they can connect year-round and throughout the day with their customers,” Comras Company President and CEO Michael Comras said in a statement. “Their enthusiasm for CocoWalk’s location will drive a powerful merchandising mix that captures the Grove’s vibe.”

The Grove is in the midst of a comeback, amid the construction of new luxury condo developments like Park Grove and Grove at Grand Bay. In April, a group of Latin American investors acquired a site in the west Grove ten times its last sale price. In March, new restaurants were announced amid a flurry of multimillion dollar purchases and renovations, including the Engle Building, which is attracting high-profile tenants, and Pointe Group’s $14 million purchase of three commercial parcels totaling 60,000 square feet.

“Locals are embracing Coconut Grove’s resurgence as a destination that’s home to quality retail, entertainment and dining reflecting their needs and lifestyle,” Grass River Property principal George Spillis said in a statement. “… We plan to better integrate CocoWalk into the historic and evolving fabric of the surrounding neighborhood and the larger Grove community.”